A reflection on the last four years of CSOS Adjudications 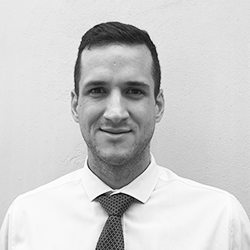 The Community Schemes Ombud Service (more commonly known as CSOS) celebrated its fourth anniversary in October 2020 and there is much to be said about the positive changes that have been made to the CSOS since its rocky beginnings.

Notwithstanding the fact that the CSOS has improved remarkably in many aspects over the last four years, I have found it necessary to write this article to explain to readers why I may be losing faith in the reliability and effectiveness of the dispute resolution mechanism provided by the CSOS.

The CSOS was established to provide for, amongst other things, a dispute resolution mechanism because Parliament decided that the settlement of sectional title disputes via the courts had become too expensive and time-consuming. Furthermore, the traditional arbitration mechanism provided for in the old management rule 71, as prescribed under the previous Sectional Titles Act, had proved to be ineffective in practice.

Unfortunately, it appears that the alternative to dispute resolution established in terms of the CSOS Act is proving to be equally, if not more, time-consuming and ineffective and this article aims to shed some light on the three biggest concerns that I have had with the CSOS adjudication process over the last four years.

In my experience, which I must admit differs greatly depending on which CSOS provincial office is involved, a typical CSOS application takes approximately nine to 16 months from the date of lodging the application for dispute resolution form, to the date of receiving the adjudication order.

Naturally, this prolonged time period is incredibly frustrating for the parties and attorneys involved in the dispute, especially in matters that involve a certain degree of urgency, and the general lack of professional and effective communication shown by the CSOS during the application process, only makes matters worse.

Parties to the dispute resolution process normally list the CSOS’s poor administration of applications as their main source of frustration. The CSOS has published practice directives on dispute resolution, which aim to set clear guidelines according to which all applications are to be dealt with. However, in my experience, almost every application is handled very differently and often in a manner contradictory to that set out in these practice directives.

Although I appreciate that one of the guiding principles of the CSOS dispute resolution process is to act with as little formality and technicality as possible, I believe that a certain level of formality, transparency and consistency will go a long way to improving the administration of applications and the poor lead times mentioned above.

Without a doubt, my biggest concern as an attorney is the shocking errors in law and poor judgments made by some CSOS adjudicators.  While this statement is in no way intended to apply to all CSOS adjudicators, many of which are incredibly competent and experienced, the quality of CSOS adjudication orders that I have received over the last four years is of great concern.

For example, in a recent adjudication, I assisted a member of a home owners association with an application to the CSOS, in terms of section 39(3)(d) of the CSOS Act, for an order declaring that a provision of the association’s constitution, having regard to the interests of all owners and occupiers in the community scheme, is unreasonable, and requiring the association to approve and record a new provision. The adjudicator dismissed the application without considering the merits thereof, based on the argument that he does not have the authority to alter an agreement concluded between the parties.

In my opinion, the fact that a constitution is considered to be a contract concluded between an association and its members should not prevent an adjudicator from having the power to alter the terms thereof, if it is found that the provisions of the constitution have an unfair adverse effect on one or more of the parties to the contract.  Is this not the very intention of the prayer for relief described in terms of section 39(3)(d) of the CSOS Act?

As an attorney specialising in community schemes law, my personal experience with the CSOS has left much to be desired. However, I don’t believe that it is all negative and my hope is that the CSOS evolves into the driving force for change in the community scheme industry that Graham Paddock and others envisaged back in 2004 when the idea of the CSOS was first presented to Parliament.

However, until then, I suggest that parties involved in serious community scheme disputes consider the option of appointing a community scheme specialist as an arbitrator to resolve their dispute via private arbitration, which in my opinion remains the most reliable and efficient dispute resolution option.