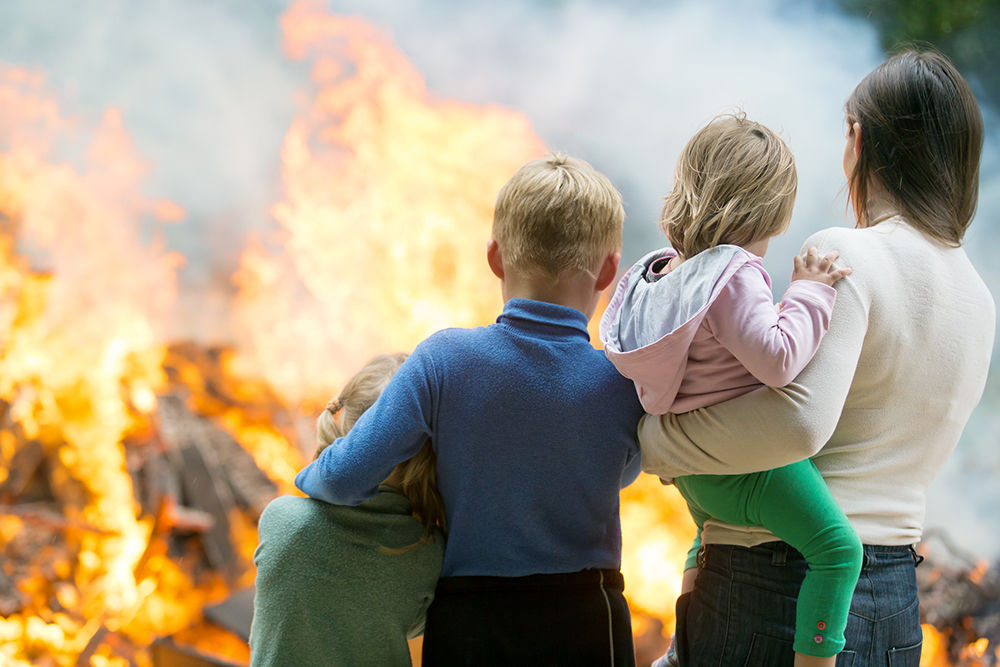 The two words, safety and security, are so often heard next to each other, yet, in some instances, they can be worlds apart, despite having similar end goals.

The word ‘juxtaposition’ can be defined as “two things being seen or placed close together with contrasting effect”, and in the case of safety and security, this definition can sometimes be applicable, as described below.

Given our current economic climate and the resultant rise in crime, coupled with the fact that many homes and office environments have awfully expensive electronic equipment to protect, most South Africans are concentrating a great deal of their effort into preventing crime as far as possible by putting up steel security gates, burglar bars and barrier protection.  This is done with little or no thought being given to how they will escape their self-made prisons should an emergency, such as fire, occur.

How to escape in the event of a fire?

It is, thus, vitally important that when one erects a security gate, or any other security barrier, that thought is given to how one would escape from that secure environment should fire occur.

One could argue that having an emergency key next to a security door, negates the security itself, which would be absolutely true.  However, whether the secure environment is your home or your office, it is advisable to have a communicated escape plan.  This means that all persons in the home or office need to know where the emergency key is kept, how to escape should the main escape route be inaccessible, where to find fire extinguishers, how to use them and in which circumstances, and lastly, where to gather as a group so as to prevent confusion as to the location of all persons within that home or office, once evacuated.

In the above context, one could easily say that the greater your security, the less your safety.  However, by taking the time to plan your security effectively, possibly with the advice of a security assessor, one could easily take away the juxtaposition between your safety and security and have the two working together in harmony, protecting both persons and property in your home or office environment.

Safety in the home not legislated

Something to consider, is that, although safety in the work environment is a legislated entity, our homes are not governed by legislation. Businesses, whether run from home or from formal business premises, need to comply with the legislative minimum standard in terms of safety.  But I would put it to you that most homes in South Africa do not have a fire extinguisher or a fire blanket anywhere near their kitchen or braai area, where they are most needed.

Added to this, is the fact that many people do not know the difference between the various fire extinguishers on the market or even how to use them, thus, the possibility of  spreading the fire instead of dousing it, is exacerbated.

The best piece of advice that I can give to anyone wishing to make their home or business both secure and safe, would be to give thought as to how one would bypass barriers safely during an emergency situation.  An example of this could include placing the emergency key in a secure combination-based key box mounted to the wall next to the security gate.

To conclude, safety and security could work with each other rather than against each other if each of us plan our security processes effectively, keeping the safe evacuation of our homes or business premises in mind.

Should you like to know more about how to plan your safety and security in harmony with each other please phone Andy at Sentinel Risk Management on 082 953 1594 or e-mail andy@sentinelriskmanagement.com.