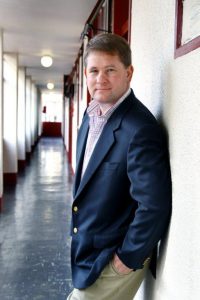 Sectional Title schemes that are not yet compliant with the reserve fund provisions of the Community Housing Schemes Ombud Services Act should rectify that position as soon as possible.

So says Andrew Schaefer, MD of national property management company Trafalgar, who notes that since the Act was passed in 2016, the Ombud is likely to take a “dim view” of schemes that haven’t yet set up a reserve fund to cover long-term, planned maintenance activities.

“The CSOS Act stipulates that every scheme must have a 10-year maintenance plan, compiled by a professional, separate reserve fund to cover the estimated costs of the items listed in this plan. These could include painting the building exteriors at certain set intervals, for example, or waterproofing the roofs, or replacing certain equipment that is expected to wear out.

“The size of this reserve fund is determined according to a set formula, depending on the size of the scheme, and it must have its own budget, own bank account and own books of account, separate from those of the so-called administration fund, which covers the day-to-day operations of the scheme and any running repairs.”

The Act also provides, he notes, that contributions to the reserve fund must be included in the monthly levies that owners pay, “and that naturally means higher levies which, we believe, is the main reason that quite a large percentage of ST schemes are still not compliant with the legislation. Trustees are often reluctant to implement a levy increase that is more than the rate of inflation, even when this will lead to a budget shortfall.

“Nevertheless, it is really important for them to address the reserve fund situation now, preferably with the help of a professional management company like Trafalgar, which can streamline the whole process of getting a 10-year maintenance plan drawn up, establishing the reserve fund and ensuring that the required contributions to the fund are built into owners’ monthly levies.”

Apart from contravening the provisions of the CSOS Act, there are two other important  reasons for them to become compliant, says Schaefer. The first of these is to avoid having to impose special levies when any major repair or maintenance work outside of the day-to-day running of the complex becomes necessary. “Special levies are loathed by owners, are notoriously difficult to collect and make it more difficult to attract potential buyers to units that are for sale.

“It is far better to have a reserve fund and for owners to pay monthly contributions that are included in their levies, in the same way that it is better for individuals to save a little ‘rainy day’ money every month, instead of having to take out a big personal loan when they face a major expense that isn’t in their normal budget.”

The second reason, he says, is that auditors are starting to “qualify” the financial reports of schemes that don’t have a 10-year maintenance plan or a reserve fund, due to the risk this poses to their financial stability. “And that is very serious because it could lead to the banks refusing to approve home loans in non-compliant schemes and the units in those schemes once again becoming unattractive to potential buyers and losing a lot of their value.”

*For more advice on achieving compliance with the CSOS Act, trustees and directors of Sectional Title and other community housing schemes should contact Andrew Schaefer at Trafalgar on 011 214 5228