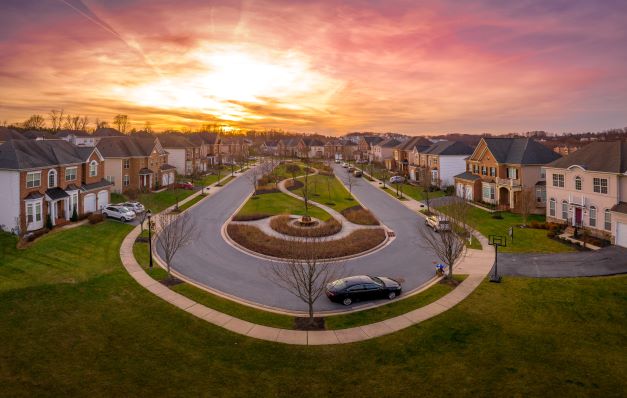 One of the most notable features of urbanisation in recent years has been the surge in popularity of gated residential communities and commercial parks and, although often associated primarily with security, there is a lot more to the growing global trend than a peaceful night’s sleep.

Chris Cilliers, CEO and Principal of Lew Geffen Sotheby’s International Realty in the Winelands, believes that that these developments truly are a sign of the times for a number of reasons over and above need for heightened security.

“This trend has been one of the most widespread global patterns of development over the past three decades and, transcending cultures, the rise of gated communities has not only been prolific in the Western world but also in countries like Egypt, Turkey and Russia.

“People who prefer living in gated communities are seeking certain values, be it a sense of community, prestige, lifestyle, convenience or security.”

Cilliers says that convenience is a key factor in the appeal of these properties.

“Since the advent of the digital age, we have become increasingly used to having every convenience at our fingertips or the click of a mouse and, in gated residential communities, especially lifestyle estates, this need is very much catered for.

“Many now have facilities such as a golf courses, tennis courts swimming pools and gyms and, as the collective memberships to such facilities would costs an exorbitant amount, significant savings is an added benefit.

“In the commercial sector, developments that are generally faring best are the newer parks or precincts which offer a safe environment and often the convenience of being mixed-use which means that staff needn’t even leave the property to have lunch or visit the hairdresser.”

Shifting demographics have also been a major influencer, especially the fact that life expectancy today is higher than it has ever been.

“It’s predicted that by 2050 the global percentage of people aged over 60 will exceed that of those under 15 for the first time,” says Cilliers.

“They are also more vibrant and active at this age than the generations before them and therefore have very different property requirements for their golden years and is making a notable impact on the industry, especially in developed economies.

“Most looking to extend their independent lifestyles well into retirement and when they do give up the family home there is a growing preference for multi-generational communities, preferably with amenities.”

And, as they will also require more nursing homes, healthcare and associated facilities will also become more significant.

Cilliers says that increased congestion in cities is also driving people to seek peace and quiet away from the hustle and bustle and gated communities, even in the heart of cities, offer them a tranquil haven.

“As entry is restricted, there tends to be a lot less traffic in streets within gated communities which considerably cut down on the noise levels and the lack of traffic also creates a safer environment for children.

“There is also far less chance of them encountering strangers and, with dedicated communal play areas, it’s also easier for parents to monitor their kids.”

Another advantage of living in a gated community is the extra privacy that it provides.

“As only residents and verified guests are permitted access, residents can enjoy their own space with little chance of intrusion by trespassers or strangers ringing their door bells – and the world at large.”

Cilliers adds that people who enjoy living in clean and orderly environments are also attracted to these communities.

“Estates generally have stricter community rules and codes of conduct which require everyone to take care of their homes and surrounding property and be considerate of their neighbours and this makes for a peaceful living environment and also keeps up the appearances and value of the community.

“It also engenders a strong sense of community which is lacking in so many neighbourhoods these days.”

Cilliers concludes: “With emergent trends like cocooning and hipsturbia fast becoming established trends, it is unlikely that the growing popularity of gated commercial and residential communities is likely to wane any time soon.”