February 22, 2021 In General, Management By Maggie

Which decisions are trustees allowed to make without consultation? 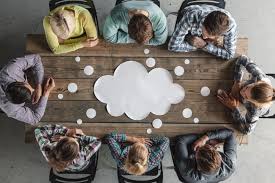 Trustees are appointed by the members of a scheme to manage the body corporate’s affairs. Trusteeship involves spending private time on dealing with issues and taking decisions that determines the wellbeing of the scheme. Sometimes trustees lose sight of their responsibilities and take decisions that are biased or not in line with sectional title legislation.

Thinking about the issues trustees have to deal with regularly, in this article we will evaluate when trustees have the authority to make decisions themselves, and when they need to involve the scheme’s members.

Appointing (or changing) the managing agent

It is generally accepted that the trustees have the authority to deal with the appointment or termination of a managing agent. While this is not wrong, there are specific provisions that allow the scheme’s members to act in this regard.

If a financial institution holds 25% or more (of the total number of sections) mortgages in a scheme, they may insist that the trustees appoint a managing agent if one is not already in place. The members in the scheme may also, by ordinary resolution, vote on the appointment of a managing agent if this is not done by the trustees. In both these cases, the trustees are obligated to proceed with the instructions received.

Terminating a managing agent’s contract is different because an appointment will typically last for at least three years. Should the body corporate members want to terminate the agreement with the managing agent before the three years are up, they can do so without any liability or penalty; but only when a special resolution has been passed at a general meeting.

The managing agent may cancel the agreement with the body corporate by giving at least two months` written notice.

Trustees only have the authority to increase levies by a maximum of 10% at the start of each the financial year. This is to allow the scheme to collect an increase in funds to make provision for the anticipated increase in expenses for the new financial year.

Members vote on levy increases at the annual general meeting (AGM) where the increase may end up being more – or less – than the provisional increase approved by the trustees. This will be dependent on the budget approved by members.

The reason that trustees have the authority to increase levies before the AGM is that the AGM typically takes place a few months after the financial year has commenced but the increased levies will be required for the purposes of financial planning and control from the beginning of the new financial year.

Amending or changing the schemes rules directly affect the scheme’s members; for that reason, such a decision must involve all the members and not just the trustees.

Trustees are entitled to review the rules of the scheme from time to time and make recommendations. Individual members may also propose changes to the rules and request the trustees to arrange a special general meeting (SGM) where the changes can be tabled and voted on.

Changes to the rules will be decided on at a SGM where 30 days` notice of the meeting must be given along with the proposed changes for review.

Borrowing money on behalf of the body corporate

Prior to 7 October 2016, trustees had the authority to borrow money from external financial institutions or finance providers without involving the members of the scheme. Subsequent to this date, money can now only be borrowed by the body corporate if a special resolution has been passed by the members.

The decision to borrow money is normally linked to a major project requiring substantial funding. Interest charged on these borrowings are high and will have a decisive impact on members` financial positions. It is understandable that the change was made to involve the members in the scheme when taking a decision to borrow money for the scheme as this will directly affect the individual members.

Although trustees are appointed to look after the affairs of the scheme, they do not have carte blanche when it comes to making decisions for the scheme. Certain decisions can be made by the trustees themselves but as a sectional title scheme is effectively a democracy, the members are involved in decisions that will affect them.